The Manhattan Theater Club (MTC) at Anatolia College is a distance-learning, internet-based playwriting and production program that unites students from geographically isolated areas to learn about theatre. The program´s goals are to teach students the principles of playwriting and to enhance their understanding of the rehearsal and production process. Anatolia High School is the only Greek School that participates in the international program from its beginning in 2006.

The English Department has included the project as a component of English lessons for a select group of 5th-grade students. The Manhattan Theatre Club in New York provides training and support through the writing and production phases as Anatolia students coordinate with two other schools in a three-way exchange of plays based on a single prompt. This year, Anatolia College exchanged with Poinciana High School in Florida, and our 20 students performed “Count to three,” a play written by Poinciana High School in a Zoom conference with MTC education offices in NYC.

The coronavirus lockdown put completion of the project at risk. However, through a number of Zoom conferences, the students managed not to lose touch. “We organized the production, while everyone was assigned a role. We all put in our best effort and completed our tasks successfully. It was an amazing experience for all of us, one that we will never forget,” they noted.

Anatolia students presented their creative/technical work for the play on Tuesday, the 26th of May, 2020. According to student Eleni Katafygiotou, director of the design elements for production, “it is as a coming of age story for these five students” and her goal for the stage was to immediately immerse the audience to “sense the anxiety and tension the characters of the play feel [from] the first scene.” 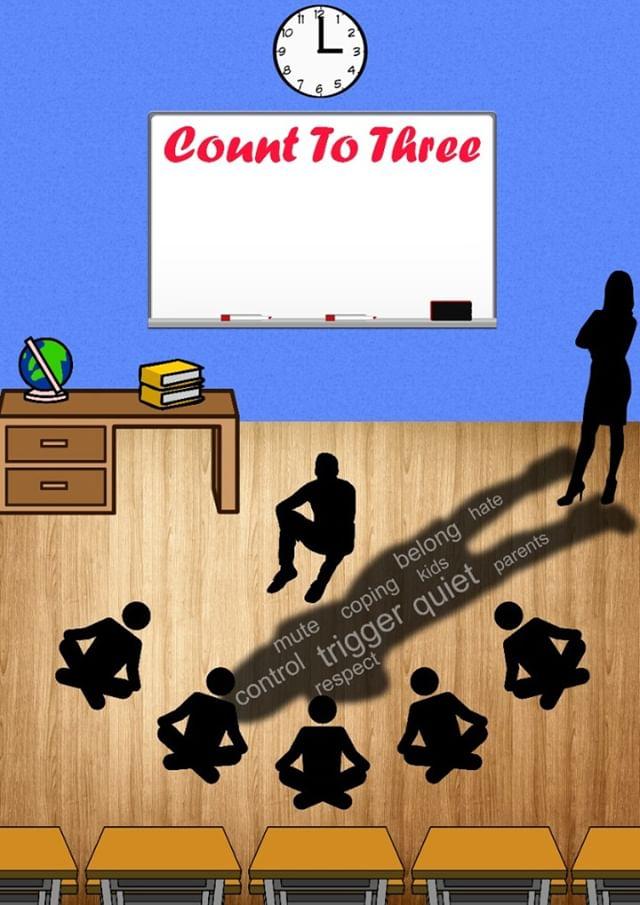 On the 29th of May, Anatolia College student actors performed as a group of troubled teens forced to participate in anger management at their high school. As director Faidra Stylianou describes, “All have different reasons for being there but [they all have] a common reason to stay.” Under the guidance of a teacher who also struggles with anger, the characters grow to respect one another and demonstrate their progress as they unite against a parent determined to stop the group meetings rather than let her son join. Following their performance, the class was able to watch the play they had written, “The Art of Trust,” read by a cast of Teaching Artists and interns from MTC’s Education program. Normally this would have been performed by a partner school.

Student actors/creative received accolades from their teaching artist Judy Tate for maintaining the high standards of writing and performance in spite of quarantine and the disappointment of not being able to bring the production to the stage. Though there were many adjustments that had to be made in this most unusual year, the process of writing and producing these plays allowed for real and meaningful use of English for MTC students. Using English in an engaging, collaborative, and creative way provides meaningful interaction for students and results in, not only a sense of accomplishment at year’s end via performance but also long-lasting memories for the students who participate. Creating these two plays (in writing than performance) allowed students to experience a converging of personal with social ideas as well as increasing their awareness of the structure and arc of theatrical writing.