While attending the 4th annual Panhellenic Model United Nations “Students as Diplomats” conference in Thessaloniki, December 13-15, 2019, 25 Anatolia students represented various countries and learned about human rights concerning people all around the world, especially those who face problems such as lack of freedom, unequal treatment, racism, and other political or social challenges.

Over 500 high-school students from public and private schools in Greece engaged with the international human rights principles by using creative dialogue in Greek. Throughout the preparation for the conference, students honed their language skills, learned how to defend human rights and respect others’ views, and researched the current situation of the countries they represented. Congratulations to the students on their achievements and expanding their knowledge on human rights and dignity! 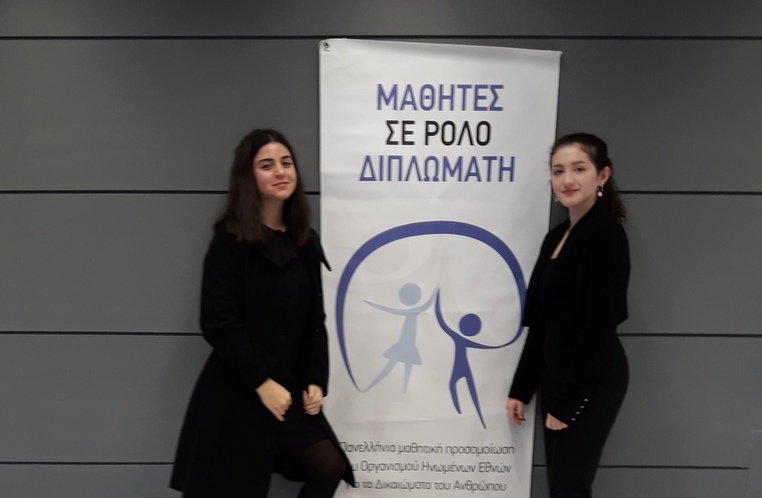 Specifically, Despina Papadopoulou and Katerina Hanioti received best diplomat awards for their work on the Right to Accessibility by Persons with Disabilities and The Right to Participate in Cultural Life respectively. Despina, in particular, was also selected to visit the European Parliament in Brussels. George Axarlis and Ioanna Touroni received best speaker awards for their work on The Right to Life and Protecting the Child from All Forms of Violence respectively. Finally, Anastasia Karavasili, Alexia Kiskini, Eleftherios Rizos, Platon Fakas, and Danai Charalampidou received honorable mentions for their work in their committees. We would like to thank Ms. Gregoriadou and alums Fanis Kolympas and Theodora Tzima for preparing the students for the conference. 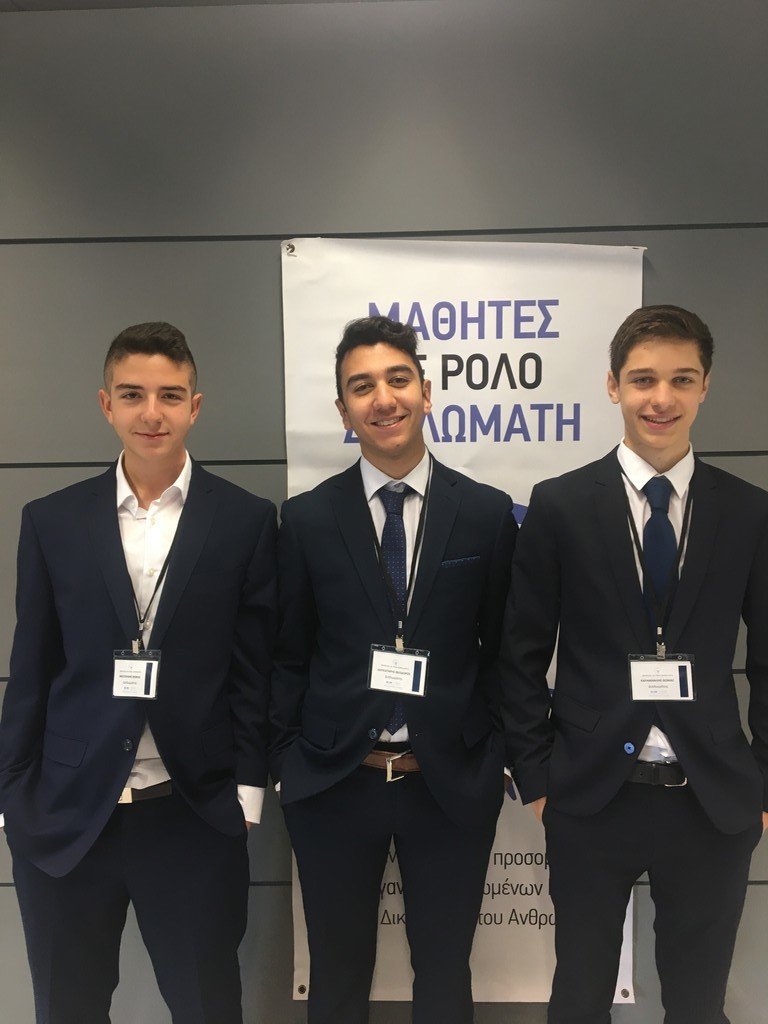