Darkness. The sound of an ambulance siren. A man dying in an intensive care unit after a serious accident. The thump of his heart beating. The setting--a space filled with orange cloths, suspended from the ceiling, which reminds one of the blood vessels. Within the comatose body, a civil war breaks out among the organs--the liver, the small and the large intestines, the kidneys, the spleen, and the gall. With a cast of 15 talented students, who exchanged roles during the performances, the Greek Theater Club performed Arkas’ Emergencies: Blood Enemies and Biological Migrant, a political and social allegory, which had the audience in Pappas Hall roaring with laughter with its dark humor but also sent a strong message of the importance of unity in a world of conflicts for survival, conspiracy theories, and racism towards immigrants. Congratulations to all who participated and to their director, Thanasis Fotiadis, and his assistants, Antonia Theodoridou and alum Niki Apsokardou. 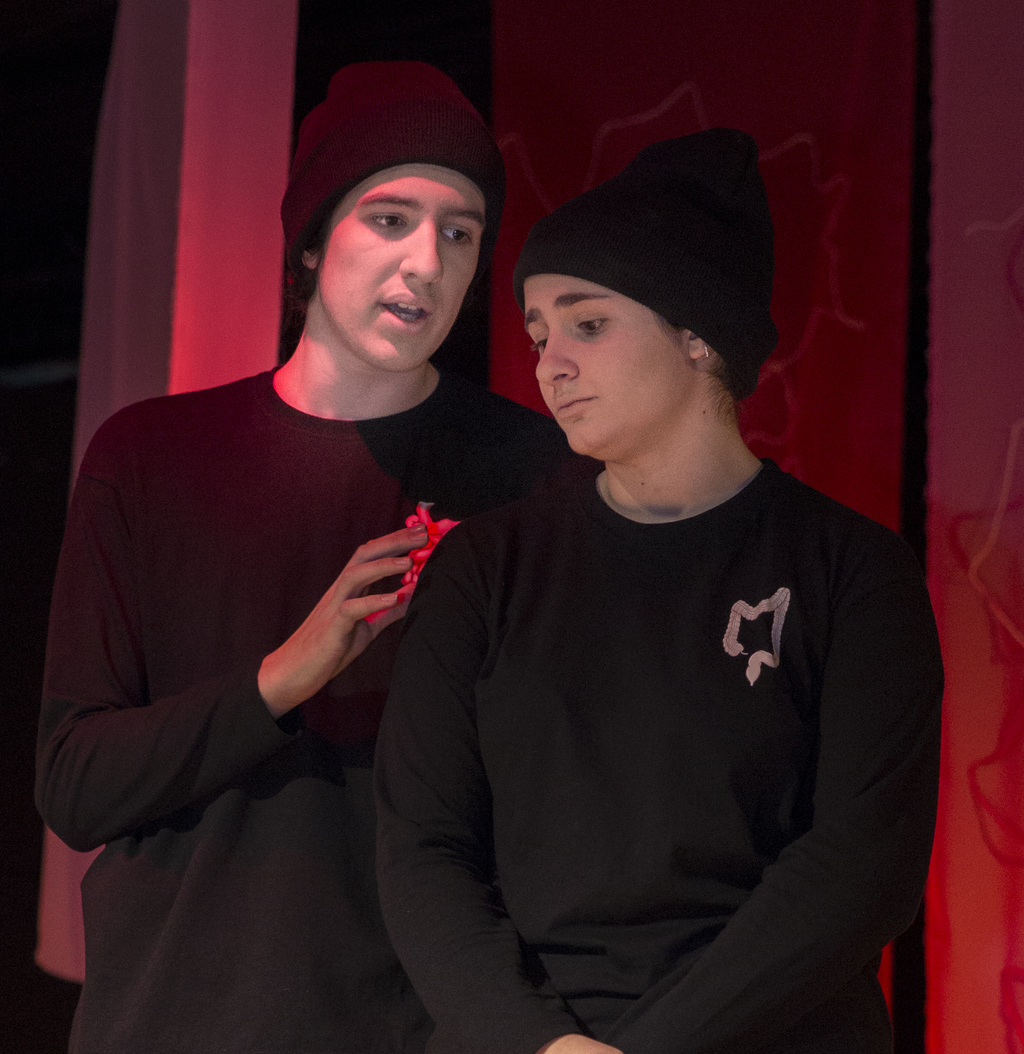 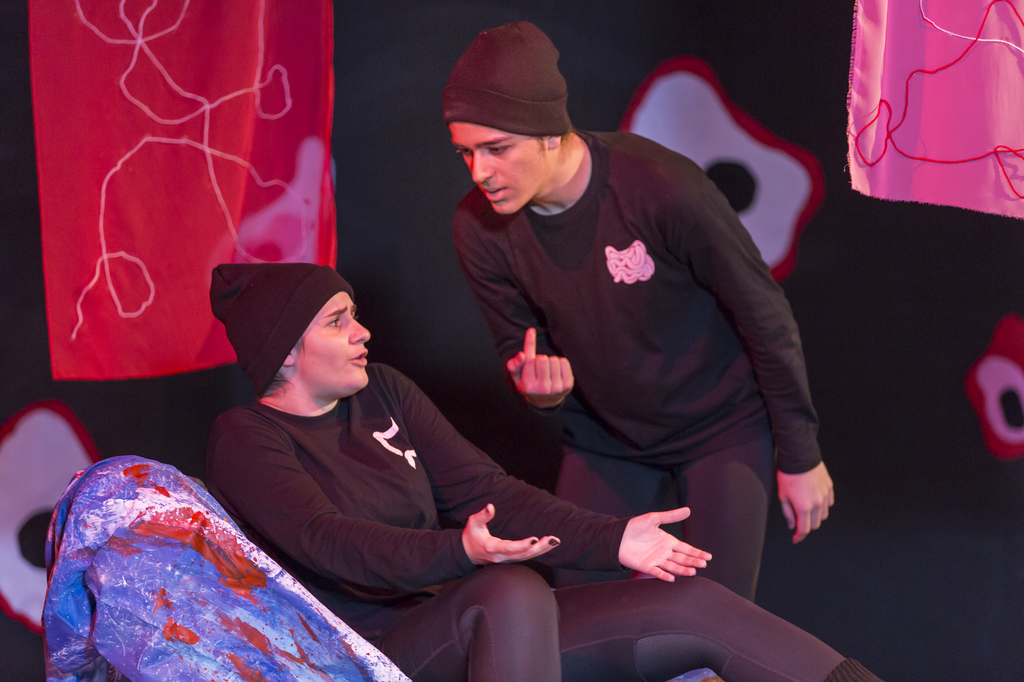 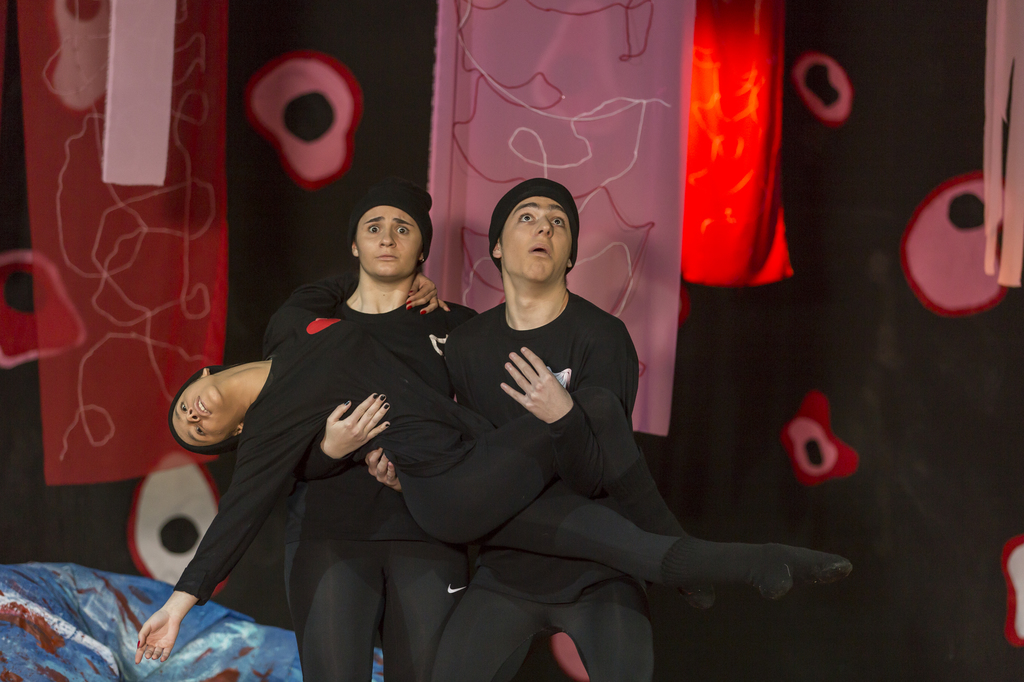 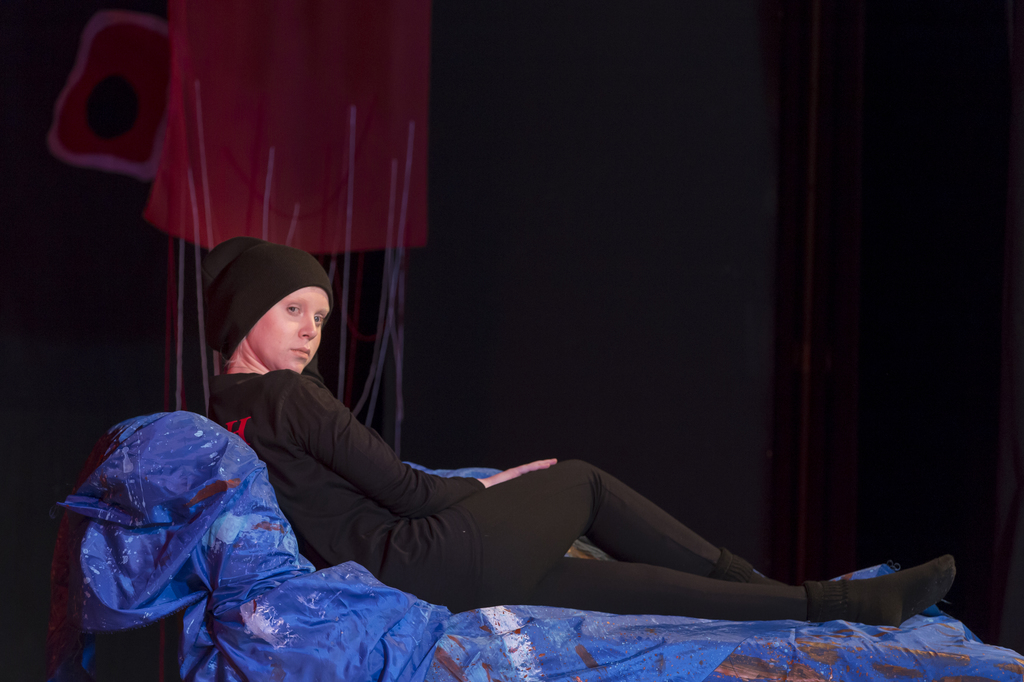 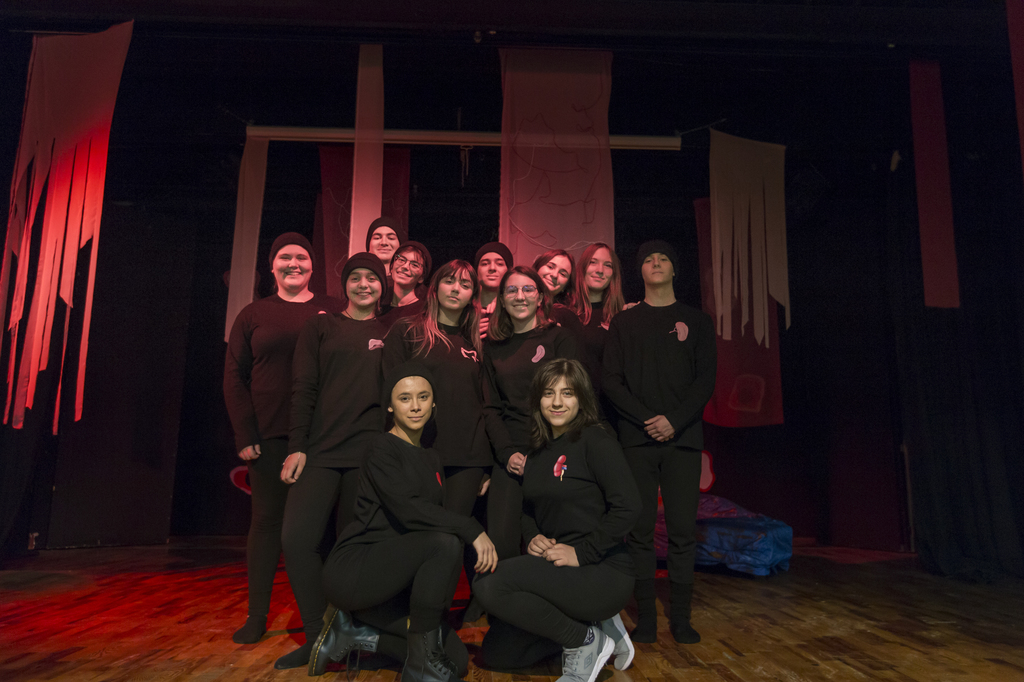