On February 12th, 2021, 234 delegates, 10 historical figures, 17 members of the International Court of Justice, 28 student officers, 11 members of the Press, and 34 advisors from 18 schools from Cyprus, Greece, Israel, Poland, Turkey, and the U.S. met on multiple Zoom meetings to represent 83 countries across 10 committees. At the opening ceremony, after Dr. Panos Vlachos’ welcoming remarks, delegates had the privilege of being addressed by Ms. Elizabeth K. Lee, US Consul General in Thessaloniki, and listening to alum Roxanne Krystalli ‘04, Assistant Professor at the University of St Andrews School of International Relations, in a pre-recorded interview with the President of the General Assembly, Eleni Katafygiotou. Among other things, “Ms. Lee emphasized the importance of cultivating relationships, since maintaining an open and respectful position towards others is a critical aspect of multilateral negotiations” (Maria Salomi Petridi, “ACMUN is Declared Open,” article in ACMUN Times). 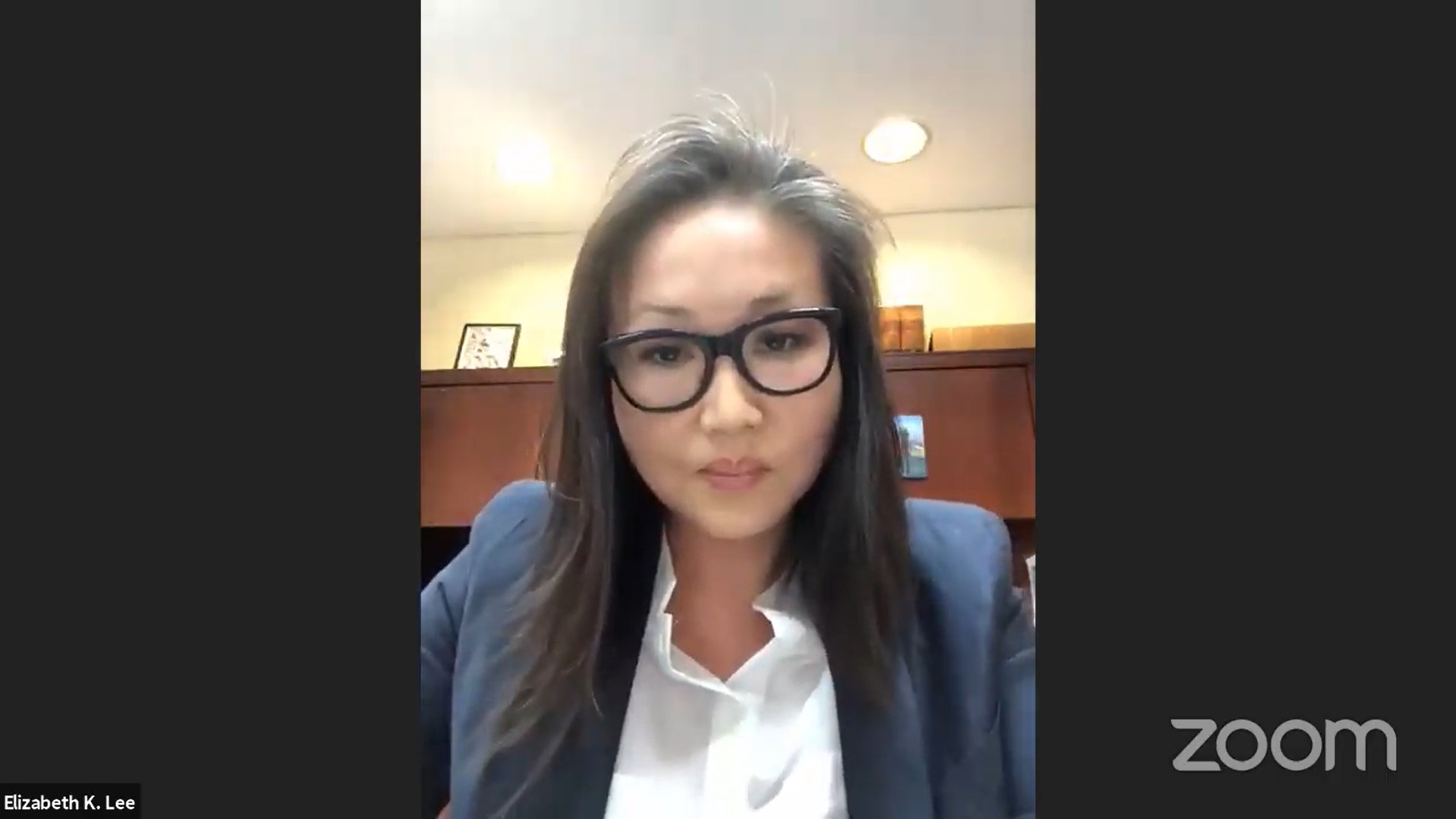 In answering questions related to the topic of the General Assembly, “The question of sexual, reproductive rights in the light of international population,” Dr. Krystalli “discussed the importance of considering gender when crafting policies and practices, . . . reminded [delegates] that the definition of feminism is ‘the struggle to end sexist oppression,’ and stressed the importance of continuing to struggle and fight for gender equality” (Maria Salomi Petridi, “ACMUN is Declared Open,” article in ACMUN Times).

The following three days were full of fruitful discussion, debate, resolutions, and amendments on the topics of each committee’s agenda. Using the MUN World Platform to communicate with each other, submit their resolutions, forge alliances, and vote on amendments, the delegates engaged in the world of diplomacy and broadened their perspective on worldly issues and views. The EU Council of Ministers reached a stalemate on whether “the Russian Federation is a threat and should be punished with catastrophic sanctions for their arrogant actions” (Konstantina Theodoridou, “EU Council of Ministers: Let’s Get Started”, ACMUN Times), but also looked inwardly to decide on how the EU will survive. GA6 tackled the issue of police brutality and the definition of gender, while GA2 discussed tech monopolies and the impact of the pandemic on the global economy. GA3 witnessed controversy between DPR Korea and other delegations on the issue of mandatory vaccinations and the censoring of social media for the false information they spread. ECOSOC delegates agreed to transition to a carbon-neutral economy, while in GA1, China and the U.S. clashed in their views about anti-terrorism missions and their collateral damage. ICJ rewrote history on the Ambatelios Case, while GA4 tried to solve the conflict between Armenia and Azerbaijan in the Caucasus region. All debates and committees were captured by an amazing ACMUN Press team, who wrote insightful, real newspaper-quality articles in ACMUN Times. 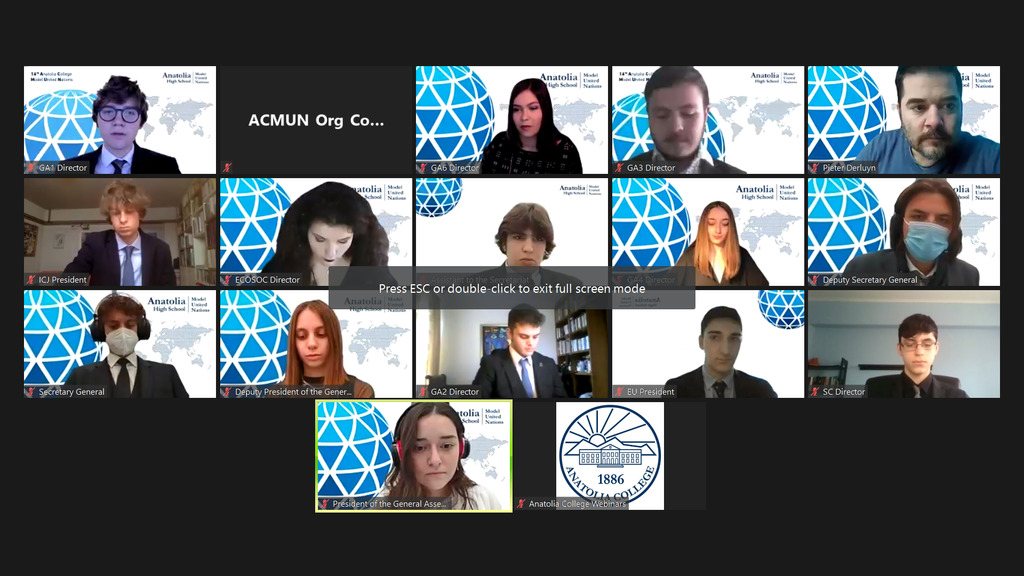 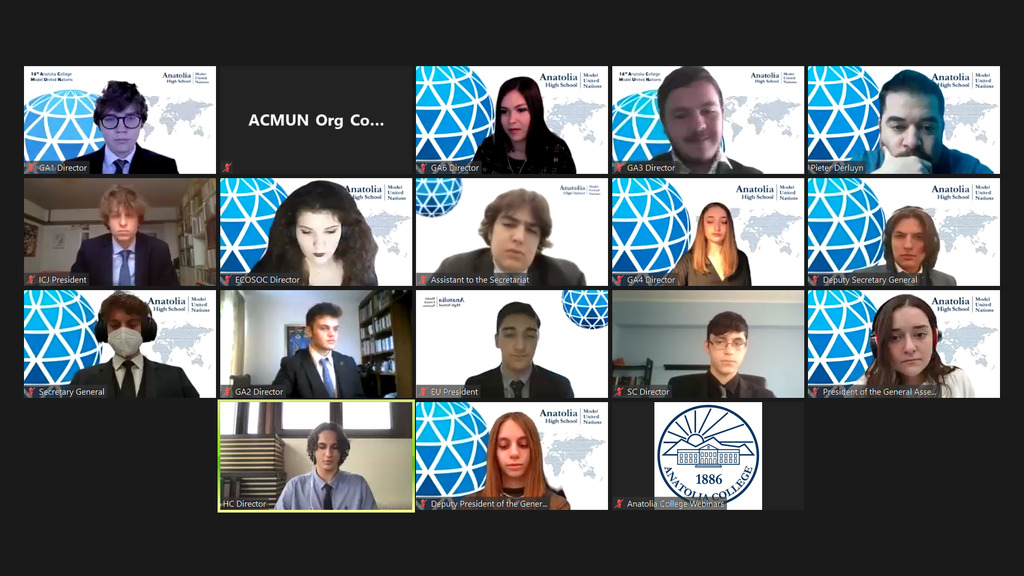 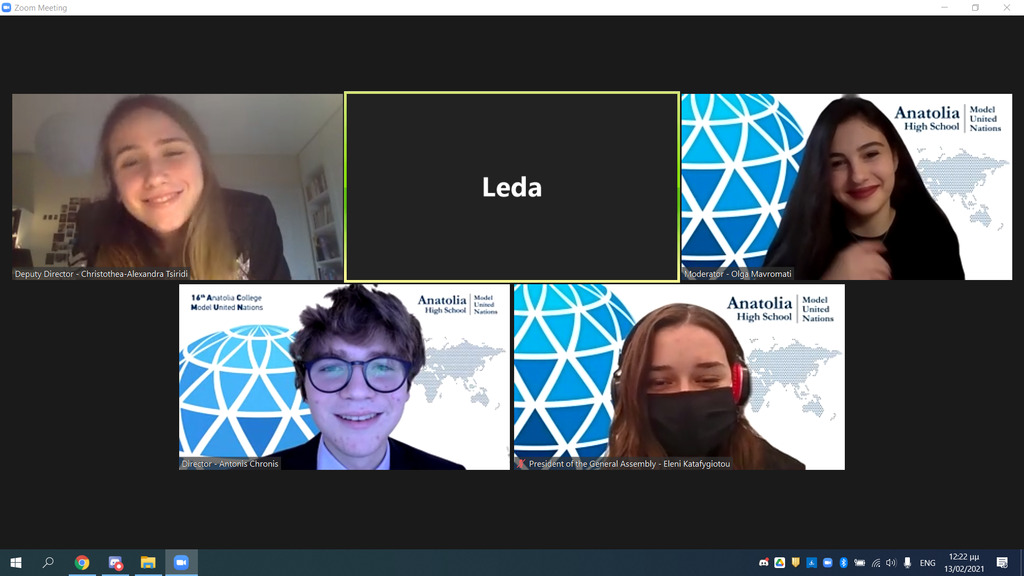 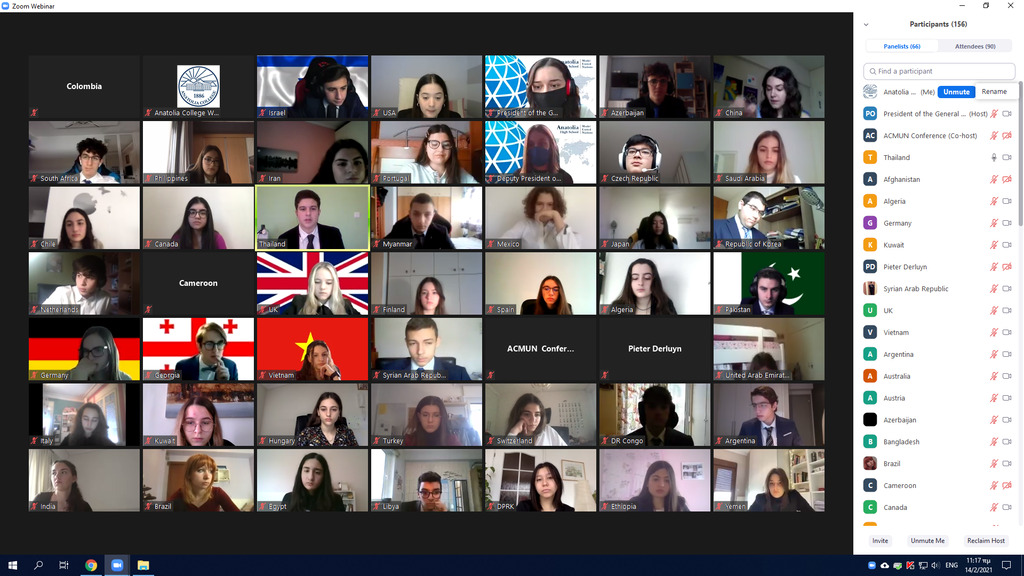 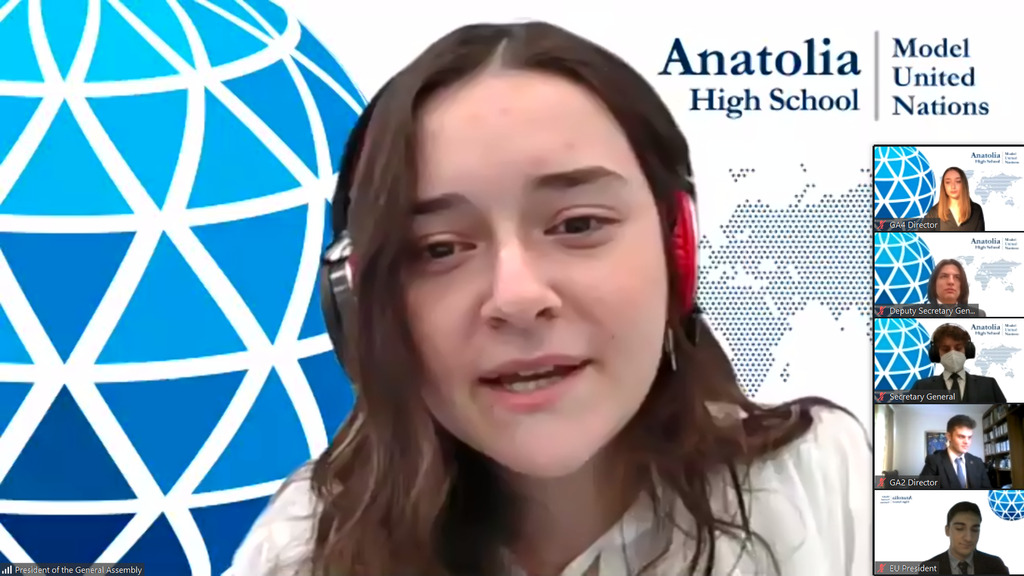 Congratulations to all 87 Anatolia students who participated in the conference, especially to Aimilio-Fillippo Tsiridi, Stefania Alis Matthaiou, Kalypso Tzimourtou, and Christo Chatziioannou for receiving Best Delegate awards in GA1, GA6, ECOSOC, and the Historical Committee respectively, as well as to Platon Fakas, for receiving Best Advocate award for his testimony in the ICJ. We particularly wish to thank ACMUN Director Pieter Derluyn and the Secretariat--Eleni Katafygiotou, President of the General Assembly; Eleni Goridari, Deputy President of the General Assembly; Dimitrios Kraniotis, Secretary-General; Ioannis Angelos Karanasios, Deputy Secretary-General; and Stelios Oikonomou, Assistant to the Secretariat--who even managed to create a closing ceremony video on an empty, snowy, Anatolia campus!

You can watch the video from the opening ceremony here: