Making Memories at the 17th ACMUN

From February 11th-13th, over 400 participants from 23 schools took part in the 17th Anatolia College Model United Nations. At Anatolia’s first hybrid MUN conference, Student Officers, Historical Committee members, journalists, and photographers participated in person, while all other delegates–including the 53 Anatolia delegates–convened through Zoom and our innovative MUN World digital platform. Delegates from across Greece, Turkey, Cyprus, and Poland met to tackle some of today’s most pressing global issues, hone their diplomatic skills, and enhance their awareness of global affairs. 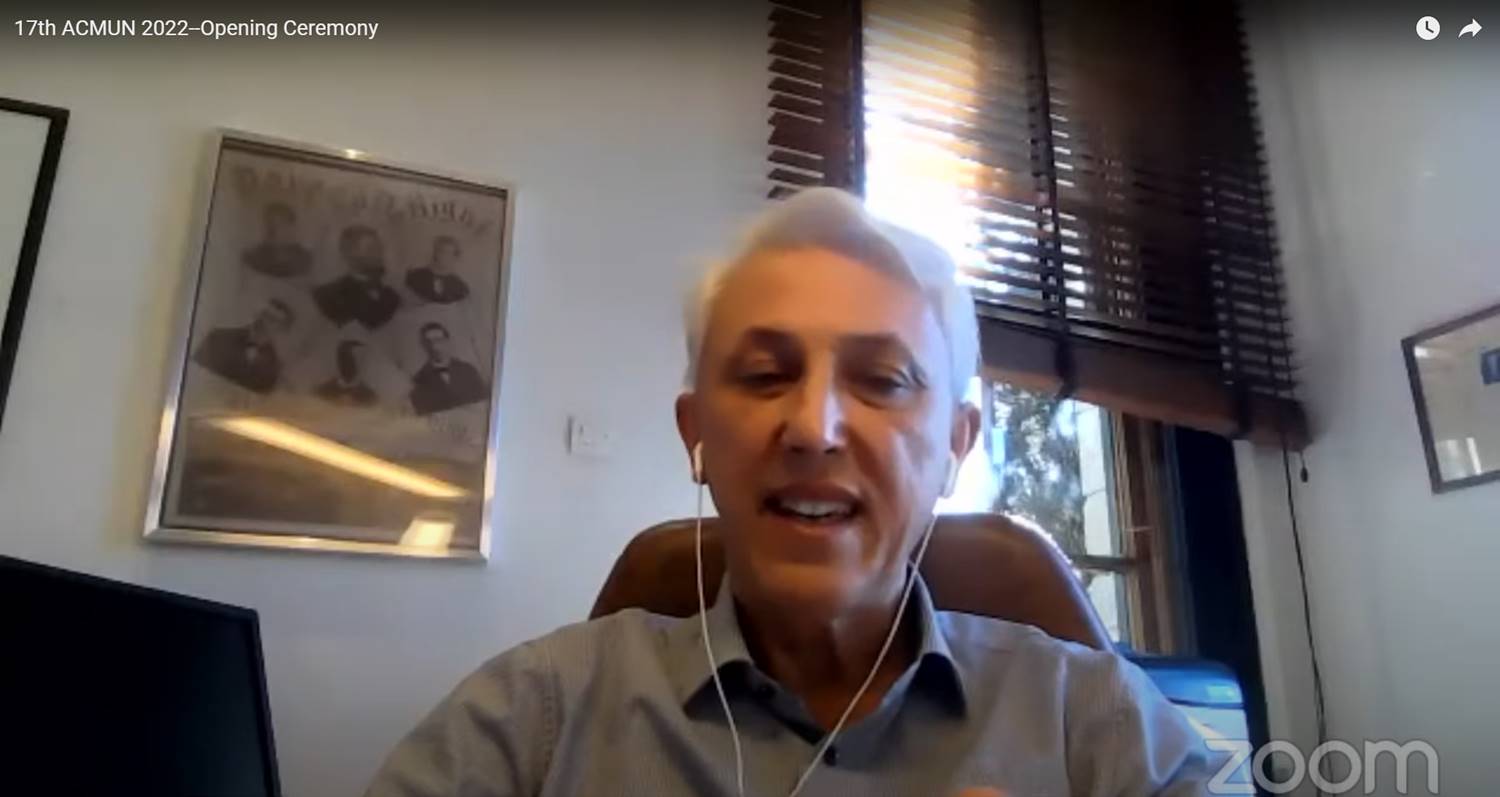 Dr. Assael spoke about the role of “artificial intelligence and the future of our world through technology.” Over the following weekend, delegates addressed pressing topics such as cyber-warfare and the destabilization of democracies through disinformation, migration to the European Union, and formulating a common policy on asylum seekers, and pharmaceutical patent rights within times of crisis. The International Court of Justice oversaw the case of Maritime Delimitation in the Black Sea (Romania v. Ukraine), and the Historical Committee navigated the course of the Korean War in 1950 including war crime frameworking, foreign intervention, and the final ceasefire. While delegates were debating, the press team was busy contributing to the digital MUN Times with play-by-play updates of committee events, disagreements, and resolutions.